Planning a Trip to Rayagada? Here's our list of 5 top Tourist Places to visit in Rayagada

Rayagada is a mineral-rich district in the southern part of the state of Odisha, in India. The city Rayagada is its headquarters. Rayagada district got the status of a separate district with effect from 2nd October 1992. The population of this district consists mainly of tribals. The Kondhas or Kondhs form the majority of the population followed by Source. Apart from Odia, several Adivasi languages like Kui, Kondha, Soura are spoken by the indigenous population of the district.

The District occupies a total area of 7,584.7 km2. Rayagada is divided into eleven blocks.

In the third century BC, during the reign of Ashoka the Great, Rayagada District was covered under Kalinga empire. Bhojpur Rock inscription in Brahmi of Rastrik King Mandhata adds some facts about the history of the Rayagada District. Later on, the Rastriks were defeated by Kharvela During Ganga Vansi and Surya Vansi Kings, it was under Dadarnab Dev of Gudari Kataka. A rock inscription found at Pataleswar temple in Brahmi script provides evidence to this effect.

As part of the extension plan of districts in Odisha state, On 2nd October 1992, Rayagada District was carved out of the erstwhile Koraput district.

Top 5 Places to Visit in Rayagada 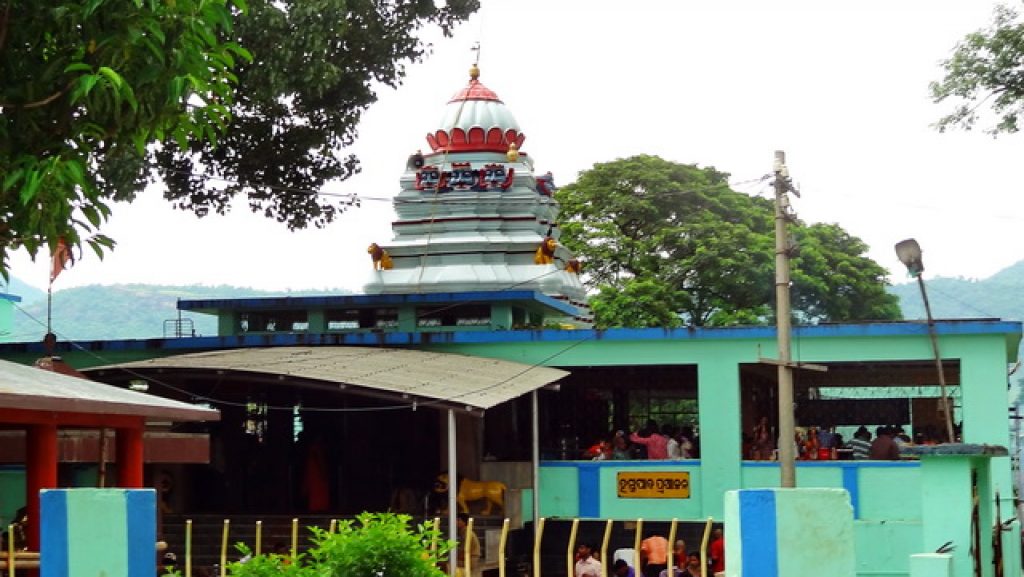 The presiding deity of Rayagada, Maa Majhghariani, is known as Majji Gowri in A.P. Originally a tribal deity, she is considered to be an incarnation of Goddess Durga. In the 4th century AD, when Emperor Samudragupta invaded this area, the local ruler was able to successfully defend his kingdom with the blessings of this Goddess. In the 14th century, a temple was built at the exact center of a fort(Majhi Ghariani literally means occupant of the central house) and that is how she acquired this name. 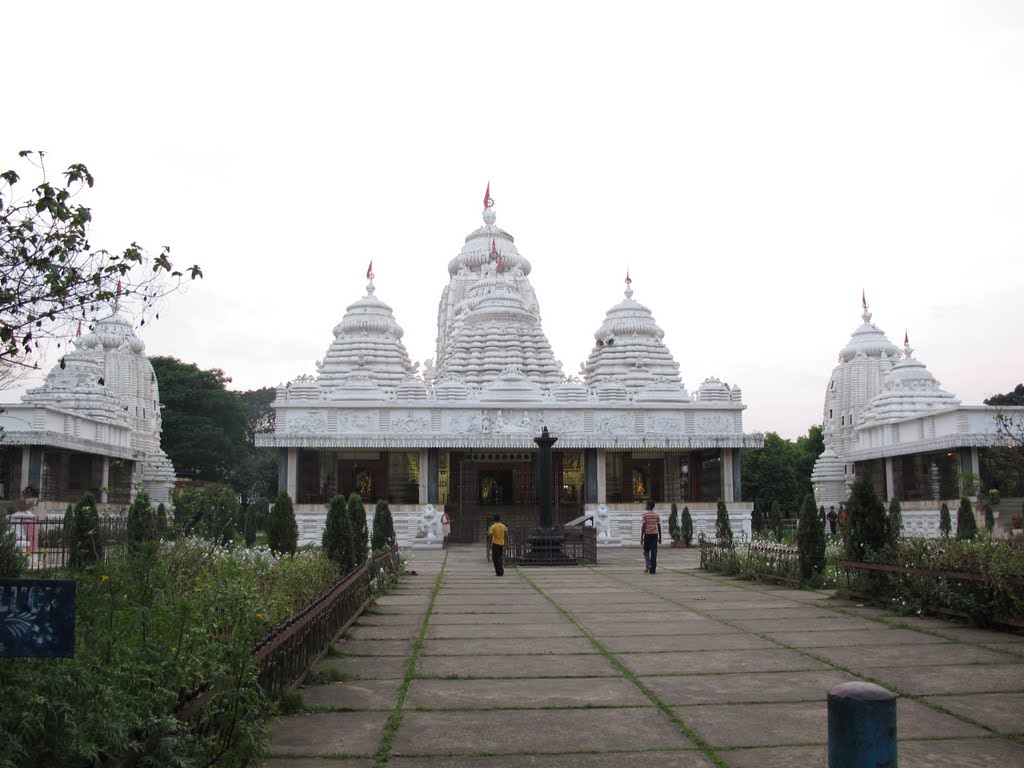 The road was surprisingly good and the view was awesome with verdant farmlands hemmed in by hills all around. A corporate house, Indian Metals and Ferro Alloys Limited(IMFA) have built a beautiful temple complex within their campus.

The architecture is classically Odisha but instead of limestone, the structures are made of concrete. The main shrine is devoted to the deities Lakshmi and Narayan and hence is known as the Laxminarayan Temple. 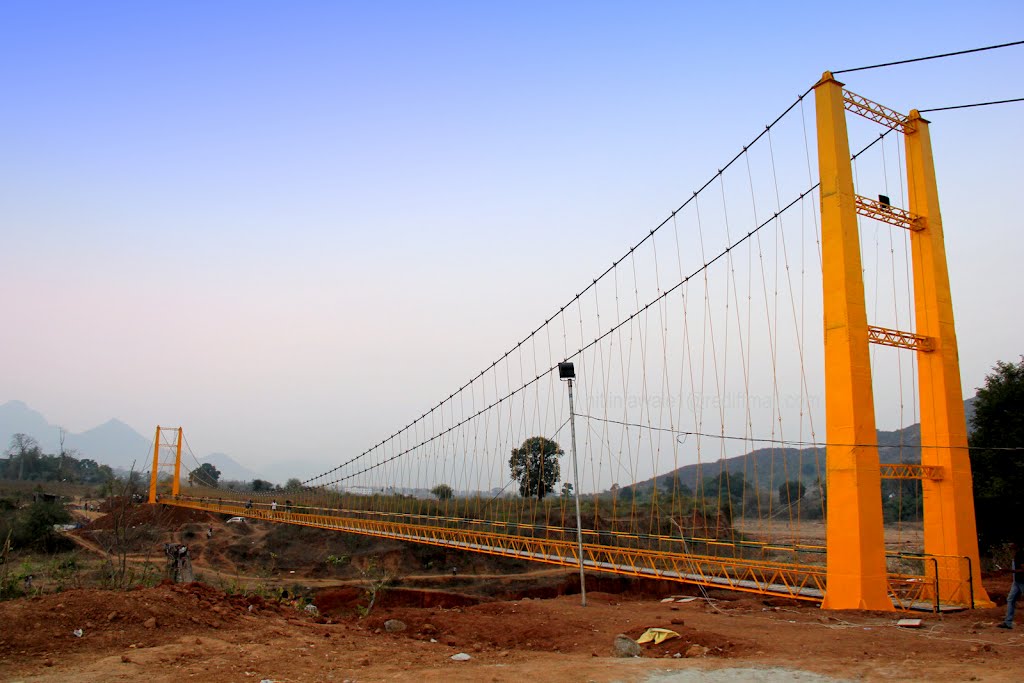 The Hanging Bridge that connects the two sides of river Nagavali, which providing connectivity to the poor rural tribal population, a 151 meter suspension bridge, the second of its kind in the state. 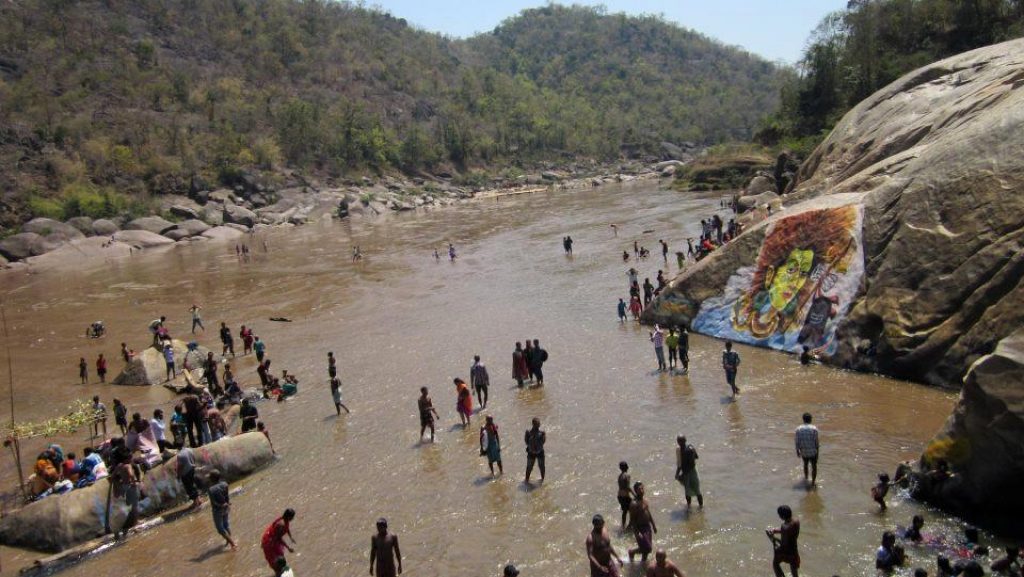 Minajhola is only 134 km from Rayagada. It is a beauty spot of nature, has a Siva temple at the confluence of three rivers. It is situated in the heart of the dense forest, rich in wildlife. Sivaratri is a popular festival of this place. 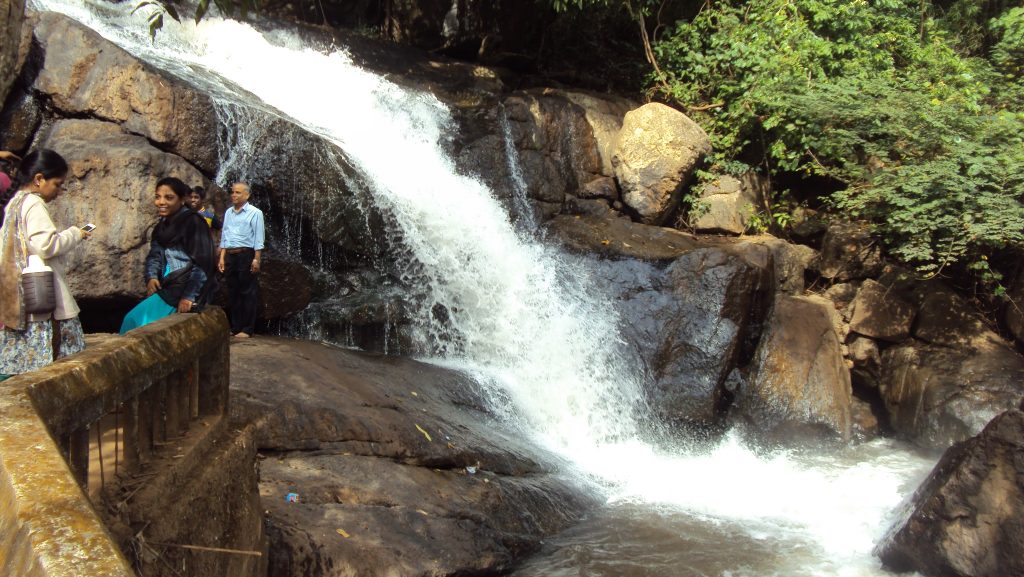 Rayagada is a mineral-rich district in the southern part of the state of Odisha, in India. The city of Rayagada is its headquarter. The population of this district consists mainly of tribals. The primitive Kondhas or Kondhs form the majority of the population followed by Souras.

How to reach Rayagada

There is no Airport in Rayagada. The nearest Airport is Visakhapatnam Airport.

Rayagada is well connected to other major cities of the country via regular trains.

Instead of Rayagada, you can get a bus to Gummalaxmipuram on a regular basis.

Winter is the best time to visit Rayagada since the temperature is very pleasant and the Forests, Rivers and Waterfalls have been reborn during the monsoon. The lush green forests and brimming rivers make visiting this city a delight.

The climate of this district is classified as moderate. Rayagada encounters humid summers with an average temperature of 38°C. During the winter season, the median mercury level rests below 18°C. The district of Rayagada receives a less amount of rainfall as per its geography.