Planning a Trip to Sambalpur? Here's our list of 7 top Tourist Places to visit in Sambalpur

Sambalpur is the biggest city in western Odisha. It is a historically important place, mainly because of the number of freedom fights against the British, Veer Surendra Sai being one of the many who died fighting the British.

It has a rich heritage of culture and tradition. The Sambalpur is declared Municipality in the year 1883 and Municipal corporation in the year 2013 consisting of Sambalpur, Hirakud and Burla.

Sambalpur is the Education hub of Odisha. It has the oldest Engineering college named UCE, later declared as Veer Surendra Sai University of Technology. It also has Sambalpur university and Medical college in Burla.

The westernmost district of Odisha, Sambalpur District is believed to be named from the presiding Goddess Samalei, whose stone image was discovered by Balaram Dev, the first king of Sambalpur.

Top 7 Places to Visit in Sambalpur 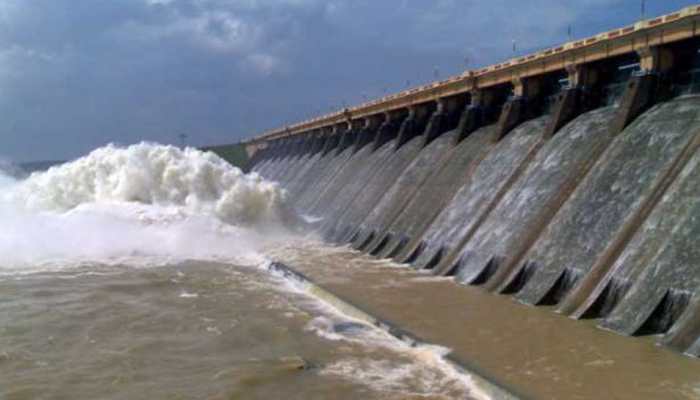 Hirakud Dam Project is built across river Mahanadi at about 15 Kms. upstream of Sambalpur town in the State of Odisha. This happens to be the first post-independence major multipurpose river valley project in India. 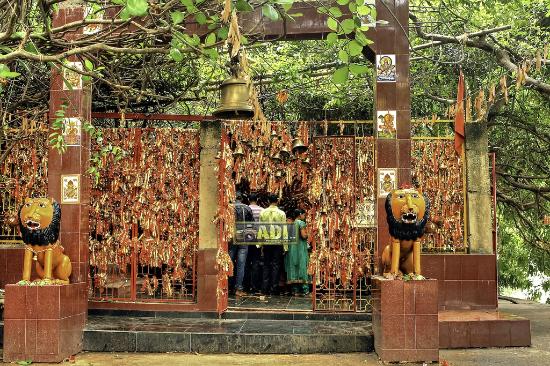 Ghanteshwari temple is a temple in the district of Sambalpur, the western region of Odisha, India. As the name suggests there are bells everywhere. People offer bells to goddess Ghanteswari or the Deity of Bells, after fulfillment of their wishes. 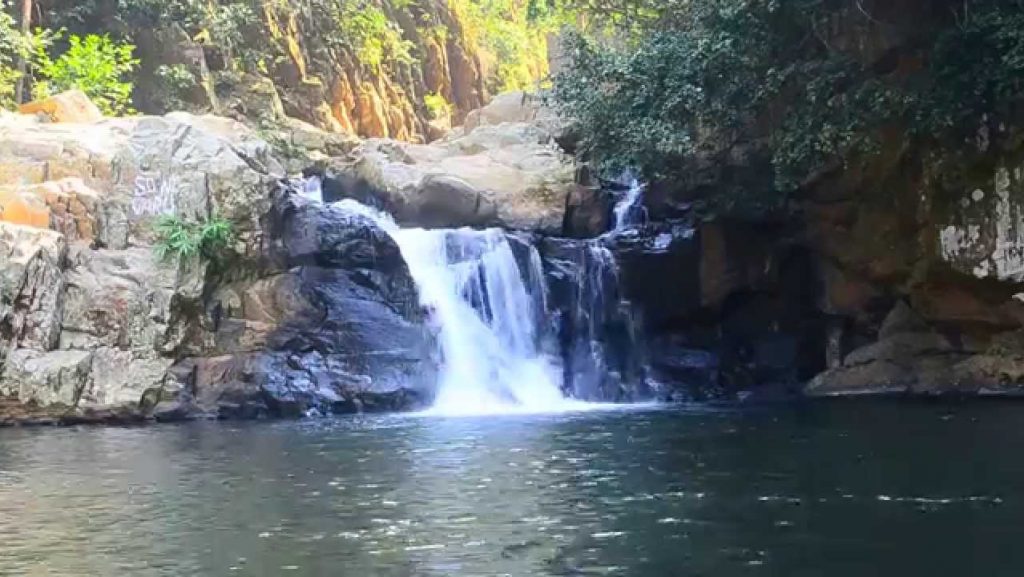 Gudguda, one of the most beautiful Picnic Spot. This Place has three Step by step waterfalls, these Waterfall have been beautifully carved themselves through the rocks. This Place is also good for Mountain Trekking.

Huma temple, situated near Sambalpur, was established in the year 1670. It is believed that the temple was built by King Bailar Singh, the fifth king of the Chauhan dynasty of Sambalpur. It is popularly known as the Leaning Temple of Huma, as it does not stand upright and is tilted towards one side. In fact, almost everything within the temple complex is skewed. 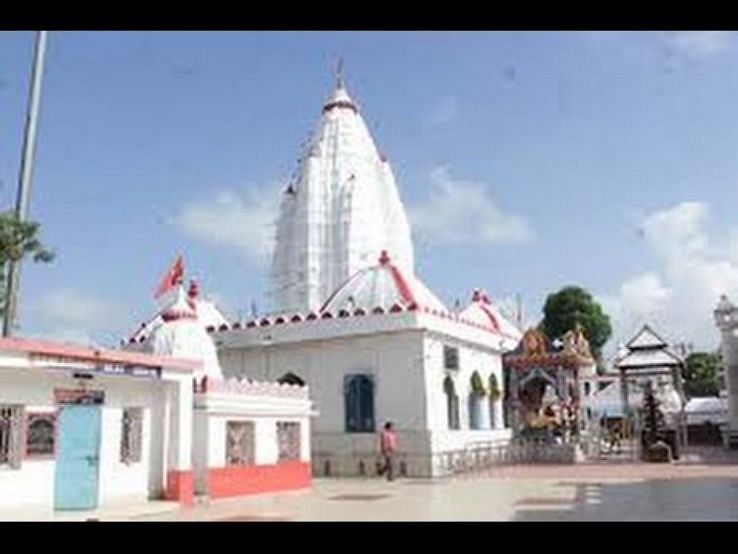 Samaleswari, the presiding deity of Sambalpur, is a strong religious force in the western part of Odisha and Chhattisgarh state of India. On the bank of the river Mahanadi, the mother goddess Samaleswari is worshiped from ancient times as Jagatjanani, Adishakti, Mahalaxmi and Mahasaraswati. 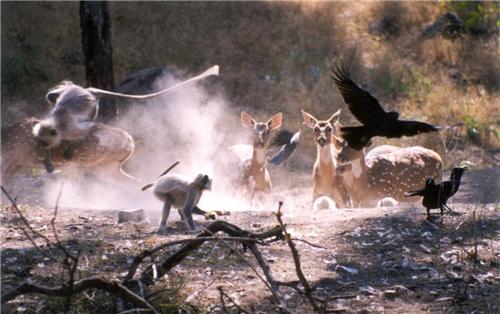 Ushakothi Wildlife Sanctuary, finding its origin in the year 1962, the sanctuary offers a soulful experience to wildlife lovers as it shelters a large variety of Fauna. Spread over an area of 304.03 square kilometers, the deciduous forest makes way for the travelers to explore and get a sight of the rich avifauna and mammals and also gives a detour option to sightseeing the Hirakud Dam on the west. The ones who plan their sightseeing tour to Ushakothi Wildlife Sanctuary in winters are in for a great time as its the best time to spot the flying squirrel and racket-tail dragons the wildlife sanctuary is famous for in Odisha. 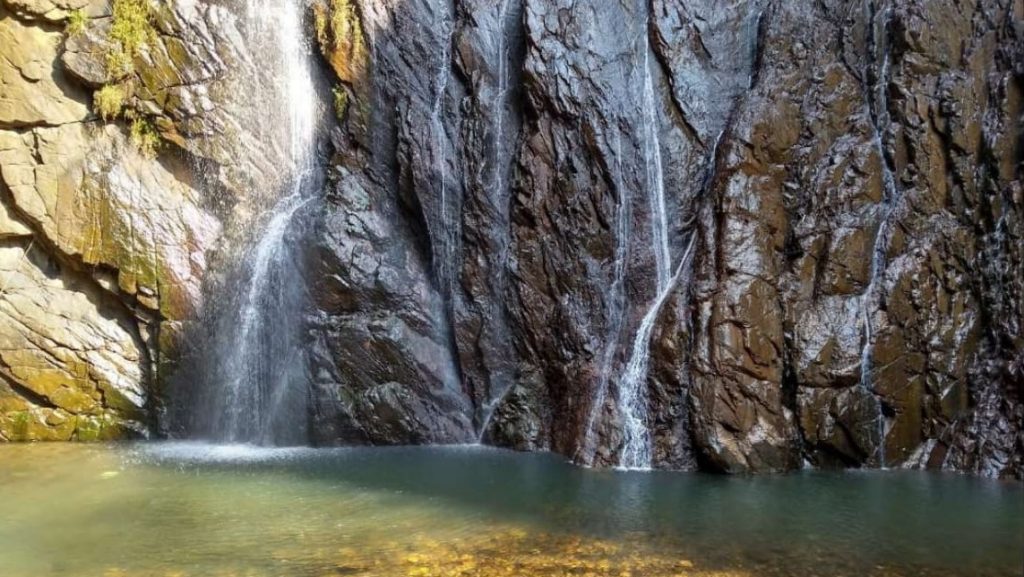 How to reach Sambalpur

Instead of Sambalpur you can get a flight to Bhubaneswar Airport on a regular basis.

It is also well connected by road to major cities of Odisha. Sambalpur is on National Highways 6 and 122.

The months from September to March are considered the best time to visit Sambalpur as the weather remains changing in the favor of travelers.

Sambalpur experiences an extreme type of climate with hot and dry summers followed by humid monsoons and cold winters. The hot season commences from the first week of March and lasts until the second half of June. In May, the temperature rises to 47°C(117°F). In December, the temperature comes down to 5°C(41°F).